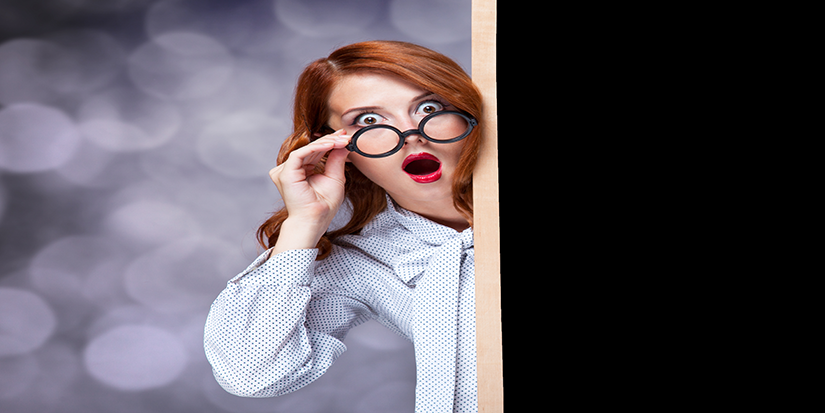 A Teacher Surprised by Something Her Student Did

Ask any teacher about their most memorable experiences, and you're sure to hear some great stories. New teachers encounter hilarious, unbelievable, and surprising experiences—things you couldn't possibly make up.

No matter how long you've been teaching, I'll bet you have some stories of your own. Here are a few examples some new teachers shared.

A Dead Mouse for Christmas

How would you react if your student brought you a dead, mummified mouse as a Christmas present? That's exactly what happened to Kara Howe, a first-year teacher in Missouri.

Further Reading: Sharing Personal Experiences When Teaching, How Much Is Too Much?

A self-described "science nerd," Kara had recently moved from Chicago to rural Missouri to teach fourth grade. While building her class culture, Kara made it a point to celebrate everyone's unique cultures and interests, including her own.

She shared her passion for science and told her class she had six pet rats at home. She also brought her science collection into school—which apparently gave one of her students a great gift idea.

Due to his love of cows and bulls, Kara described the student as the next Temple Grandin, the animal behaviorist and prominent proponent for the humane treatment of livestock for slaughter. Just before Christmas, Kara said, the student proudly presented her with a Ziploc bag containing a really dead mouse.

"He told me it was 93 years old—that's how old his grandma was when she died—and that he found it in a dresser drawer in her home," Kara said.

Luckily for the student, Kara did not freak out but was touched by her student's thoughtfulness.

"I could tell he really had thought about me when he presented this gift," she said. "It showed me that he considered what he had learned from me about my interests and that he wanted to share something cool with me that other people might not appreciate."

Kara said the dead mouse is still on display in her classroom to remind her of this experience.

Most of us would never have imagined we'd be teaching students in their bedrooms, but that's exactly what happened when schools moved to virtual learning during the COVID-19 pandemic.

While online learning created challenges for building relationships and keeping students engaged, Amy Hall cultivated a class culture that felt like just the opposite.

Amy teaches 7th and 8th-grade family consumer science; one day during virtual learning, her class decided to play a joke on her.

On this particular day, Amy said, her students all logged on before her. When she joined online, she was in for a surprise.

"They were all lying in their beds pretending to be asleep," Amy said.

Amy, who was a first-year teacher, knew she had developed strong relationships with her students and found their prank to be an example of just how bonded they were.

She was impressed with her class's teamwork in pulling off the prank and touched that they wanted to make her laugh.

"It was such a funny, silly thing for them to do," Amy said. "They knew it would make my day."

Herding cats does not even describe the challenge of teaching kindergartners—especially when you are a new teacher and have a student with severe behaviors in your class.

Stephanie Sinclair, a kindergarten teacher in Michigan, said she had a student in her class who literally could not sit still. He struggled to focus and could not carry on a conversation without being physical in some way.

After months of struggle, a breakthrough happened.

One week after Stephanie implemented a behavior chart, she began to notice changes. Her student started to comply and the behaviors drastically decreased.

Then, he told her he was going to bring her a surprise.

"He walked in the next day with a tinfoil rose," Stephanie said. "He told me multiple times over the course of the day that he loved me and that I was the best kindergarten teacher in the whole entire world.

"Everything that every child makes for me is precious," she added, "but this tinfoil rose is almost like an olive branch to me. He gave me that hand-crafted work of art and with it, a peace offering."

Stephanie still has the homemade, tinfoil rose on display where she can see it every day.

These stories are the magic we get to experience as teachers. They are truly the best perk of the job.

Jill Eulberg is a veteran special education teacher, writer and blogger. She has a masters degree in Special Education from Roosevelt University in Chicago, and has taught students with disabilities since 2003. She is the author of the blog www.spedtales.com, which offers funny, exasperating and heartwarming tales from the life of a special ed teacher. She has also written for the Chicago Tribune, Daily Herald, Minnesota Department of Public Safety and the Minnesota Association of School Administrators.