Student Evaluation: The Pathway to Success 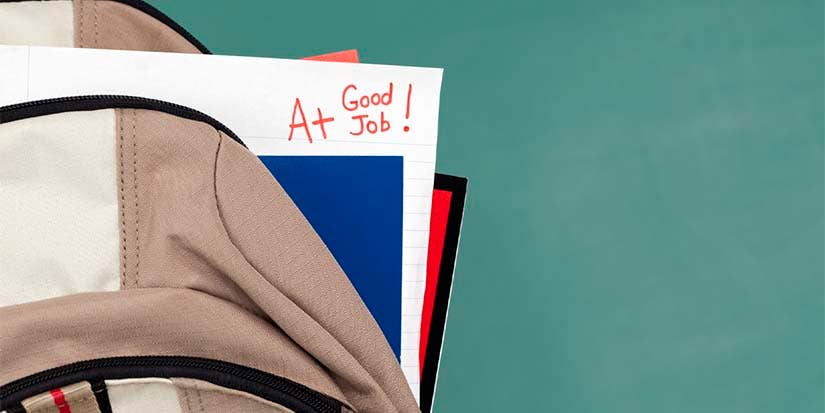 These strategies can help your failing students turn around their grades before the end of the year.

Student evaluation is an ongoing process, but it can be more of a necessity when students start to get off track. A fear of veering completely off course can cause them to lose hope and become disinterested in your class and school in general. So instead of focusing on negative performance, student evaluation should focus on positive outcomes. By working collaboratively, you and your students can move toward success.

I once had a student named Balbino who missed a great deal of work in my class, causing his grade to drop to a failing 32. It was clear that we needed to have a talk, but Balbino thought it was a waste of time. "I'm a lost cause," he told me, shaking his head. "There's no way I can pass your class."

To prove him wrong, I brought him up to my desk and pulled up his grades on my computer. I began replacing his zeros with 70s and 80s to illustrate how his final grade would change if he made up his work. Balbino was shocked at how quickly his grade would increase. "So all I have to do is make up these assignments, and complete the last few that we have left this semester, and I'll pass?" he asked incredulously. "That's it," I said. Because I showed him that there was hope to turn things around, Balbino buckled down, and he finished the semester with a C- instead of failing.

Sometimes the problem is that students don't want to name or confront obstacles standing in the way of their success. I recently had a talk with a student named Julia, who was failing my class due to absences. When I asked Julia what her excuse was for missing class, she replied, "Well, I'm late getting up every morning, and by the time I get to school, your class is over." When I asked her why she was late to school, she was silent for a moment and then replied, "Because I'm up late talking to my boyfriend on the phone every night. Sometimes we talk until 3 in the morning."

Once Julia identified the obstacle standing in the way of her achievement, she was able to overcome it. She explained to her boyfriend that she was in danger of not graduating high school, and because he wanted the best for her, they agreed that the late-night phone calls had to be cut down. Julia is now on track to graduate on time with her class.

Whether they're succeeding academically or not, I tell my students that it's important to keep moving forward. I ask them: What have you done to improve yourself in or out of school? Are you learning at a job or volunteering? What are you doing to set goals and positively change your life?"

I frequently ask my students to sit down and map out their SMART (Specific, Measurable, Attainable, Realistic, and Timely) goals, and then I help them create action plans and items (with the emphasis on action). I ask them, "What can you do today to ensure that tomorrow will be better?" Sometimes that means getting a job or taking a free online course. These pep talks, coupled with specific goal setting, can be very effective in helping your students get back on track.

Plan B (through Z) for Success

Because I teach high-school seniors, if they can't turn their low grades around by graduation, a four-year college is simply out of the question. This can be discouraging, so I actively remind my students that there are alternate routes to success. Students who aren't headed to a four-year institution can attend community college, which often offers remedial and ramp-up programs for students who struggle. I've seen many students earn certificates and associate degrees that have enabled them to find well-paying jobs, and I've seen others transfer to a four-year school after completing community college.

There are programs that aim to get low-income students prepared for professional life in just a year. Year Up is one such program, and it provides students with the skills, knowledge, and experience they need for a successful career. I recommended the program to Naid, a former student, when I ran into him a year after he graduated. After hearing how disappointed he was because he hadn't taken his education more seriously, I thought this program was the perfect solution. Five years later, Naid is employed by one of the top banking institutions in the world, and he has almost completed his four-year college degree (on the company dime, might I add).

It's also important to stress that not every student will attend college. Some will go into a trade and others will join the military. I often tell students the story of my electrician, Antonio. He was a former student of mine who never attended college and went to a trade school instead. Antonio now owns his own business and two homes: one in our town and one in Florida.

Further reading: Here’s a Dozen Things Your ELL Student Wishes You Knew About Them

Student evaluation is not a singular activity that falls just on you—it demands a partnership between you and your students. Together, you can map out a plan that ensures that everyone moves forward and achieves success.