What It Means When a Student Fails 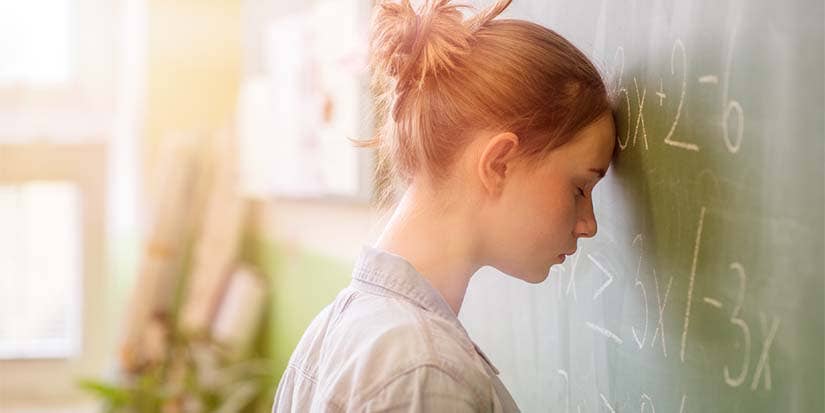 Help your students learn why failing can produce some positive outcomes for them.

One of the most disappointing moments in a teacher's career is when a student fails. Despite our best efforts, students sometimes just don't meet the benchmarks we've set for them.

Take Frankie. Frankie is a student in my film class. He is a sweet and helpful young man, but he was frequently late or absent, and he rarely completed in-class assignments. When he did hand in work, it was often riddled with errors. When the principal, guidance counselor, and I made actionable steps to get Frankie back on track, he didn't complete them. It seemed like we cared more about Frankie's graduation than Frankie did. By the end of the semester, I felt like I'd done all that I could to help Frankie succeed. He simply hadn't done his part.

Situations such as these are frustrating for teachers—and more common than we'd like to admit. Here are some methods for determining whether a student has failed, and some theories about how failure affects learning.

In many schools, a 50—not a zero—is the lowest grade that a student can receive. In his seminal 2004 article, "The Case Against the Zero," Douglas Reeves argues that grading as punishment is an ineffective strategy. Reeves notes that on the four-point scale of A to D, the increment between each letter grade is proportionate to the increment between each numerical grade (90 and above is an A, 80 to 89 is a B, and so on).

Jumping from a D to an F on the 100-point scale, Reeves argues, defies logic and mathematical accuracy: Rather than following the 10-point interval system between letter grades, the difference between a D and an F is 60 points. "To insist on the use of a zero on a 100-point scale," Reeves writes, "is to assert that work that is not turned in deserves a penalty that is many times more severe than that assessed for work that is done wretchedly and is worth a D." The large numerical gap between a D and an F ultimately hurts the student. To remedy this, Reeves recommends making an F represent a score of 50 rather than zero.

Reeves' report sparked a heated debate, and many others have weighed in on this topic. I've had a tough time giving a student who worked hard but only earned a 50 the same letter grade as someone who did nothing. Even so, giving a student a 50 instead of a zero gives them more opportunities to be successful because it penalizes them with a failing grade that is proportionate to the set scale. In the long run, students are able to salvage their overall grade more easily by working harder on other assignments.

Standards-based learning (SBL) grading, in contrast to the standard 100-point model, is based on learning goals and performance standards. Standards are proficiency- and criteria-based, and students are given opportunities to be successful through retakes and revisions.

I was initially skeptical of SBL grading. Then another teacher asked me, "If a student has a year to learn how to ride a bike and it takes them until the last day of that year to master riding it, did they fail at mastering bike riding?" I know that students don't learn skills at the same rate, so I began allowing students to make revisions and do make-up work. My standards and expectations remained high, and more students met them when they were given more opportunities to do so.

No matter how schools assess students, most have safety nets for students like Frankie. Some allow students to make up the course the next semester instead of taking an elective. Some offer afternoon or Saturday school credit-recovery classes. Students can also take online courses, such as those offered through Apex Learning, to make up classes. If a student fails repeatedly, they can attend an alternative school, where class sizes are smaller and one-on-one counseling is more readily available. Knowing that my school has plans to help failing students eases the stress of failure for me and my students.

The Positive Aspects of Failure

Failure isn't always bad. A 2016 study in the Journal of Educational Psychology discovered that when students learned about the struggles and failed experiments of great scientists such as Albert Einstein, their grades improved—and that the method produced pronounced results for low-performing students. Inspired by this research, Columbia University's Teachers College created The Education for Persistence and Innovation Center to study failure across disciplines and to test theories about how to turn failure into success. Story-based instruction about success and failure in your classroom can help students understand that every road to success is paved with struggles, mistakes, and failures.

Most teachers are familiar with the work of Angela Duckworth, whose studies revealed that the secret to outstanding achievement isn't innate talent but a blend of passion and persistence that she calls "grit." Helping students understand that vision, optimism, self-discipline, and patience factor into success can help them succeed.

Grit can also grow. I try to help students see the correlation between grit and success. If a student is failing at his or her goals, I ask them: How much time and effort are you putting into your goals? Do you have the self-discipline to walk away from a game of Fortnite to study? How much time have you dedicated to practicing? This kind of self-reflection helps students recognize what's necessary to be successful.

The Problem with Grit

Stories about grit often overlook the socioeconomic barriers that students face, which can be close to impossible to overcome. Toxic stress in a student's daily life can have a destructive effect on that student's success, and no amount of grit can change that. If a student is failing, teachers must work to find out why. Connecting students with the social services they need, including school social workers, is critical.

Further reading: How to Use Differentiated Learning to Help Students Graduate

Failure can be devastating for student and teacher. But we can help them—and ourselves—by having safety nets in place, by helping students understand that failure is necessary, by teaching them grit, and by allowing students to achieve at their own pace.