How to Be a Role Model for Students 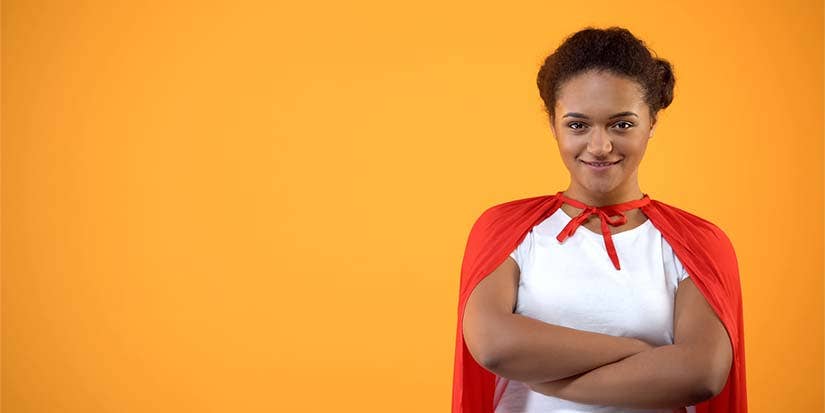 No red cape or superman pose is necessary: just be yourself to be a great role model for your students.

Teachers are a constant presence in a child's life. They influence children as much as—if not even more than—parents do. Over the years, I've seen the tremendous impact teachers have had on their students. They're not just educators; they're role models who inspire and motivate children outside the classroom as much as they impart knowledge inside it.

Here are some ways I've seen teachers inspire their students to succeed not just in the classroom, but in life—ways that you can use to be a role model for students.

Back in the day, I couldn't see the punk bands I loved because I was too young to get into clubs. So I started throwing my own shows, calling bands from all over the country to play at a rented Elks lodge.

These days, that do-it-yourself work ethic is useful in procuring resources for my classroom. Teachers who want to augment a student's learning experience with additional books, field trips, and classroom supplies often have to get creative about funding it. My students have watched me write grants for field trips to plays, ballets, and operas. They've seen me create DonorsChoose projects for enrichment reading materials.

Jacqui had wanted to be a teacher since she was my student in high school. She's bright and hardworking, and she loves children, so I knew she'd be a great teacher. After Jacqui graduated, she seemed to be on the path to success: she nannied and taught at a Montessori school, and was adored by her students and their families.

Jacqui yearned to be a public school teacher, but there was one problem: she couldn't pass the Massachusetts teacher test. She struggled with test anxiety, and she failed the test several times by just a single point. A teaching job in a public school became her great white whale: she ended up taking the exam nine times and spent $1,200 on prep courses. But she never gave up. Finally, Jacqui passed the test and reeled in her white whale. She now works at a public school near mine.

Jacqui's experience with testing enables her to be a model of resilience and perseverance for her students, especially those who share her test anxiety. She's living, breathing proof that no obstacle, however difficult, can't be overcome.

My friend Andrew isn't just a social studies teacher. He's also a trained wilderness first responder who has hiked the Appalachian Trail. Several years ago, Andrew started walking the nine-plus miles to work on Fridays. He told me he did so because he was inspired by Henry David Thoreau, who believed that humans are best served by balancing time spent in nature and in towns. For Andrew, the morning walk is a reminder that local green spaces are valuable outlets for activity and community engagement.

Andrew became a role model for his students and launched an outdoors club at his school. The club's mission is to make the outdoors both accessible and meaningful to low-income, urban students through place-based and hands-on learning experiences. Doing so is important, Andrew says, "because we strive to challenge stereotypes about what it means to be outdoorsy. Students tell their personal stories and share their experiences in these places. We strive for diversity, equity, and inclusion in outdoor spaces."

Get (or Stay) Active

My colleague Camra was valedictorian of her high school's graduating class, but she wasn't much of an athlete during her school days. Camra transcended her sedentary teenage lifestyle after high school, however, and has become a world-class runner who's completed 14 Boston Marathons. Camra is now a math teacher and our school's cross-country coach. She sets the example that any student can become an athlete if they work hard, and students who think that their athletic careers will be over after they leave high school are inspired by Camra's athletic adult life.

In addition to being a high school health teacher, my friend Doreen is one of the best kenpo practitioners in the world. As a 10th-degree grandmaster in American kenpo karate, Doreen impresses her students by breaking the mold. When she first began competing, she was a woman in a man's arena; her skill was questioned, and she was frequently harassed. But Doreen didn't let that stand in her way.

"My goal was always bigger than anyone else's stupidity," she says.

Doreen's success inspires awe in her students, and her example encourages them to challenge paradigms and crush gender stereotypes.

My friend Sadie is a beloved English language and theater teacher. A few years ago, she won a Fulbright Scholarship and moved to Portugal for a year. There, she wrote her memoir and taught creative writing workshops to university faculty and students. When she returned to our school, her students barraged her with questions about her trip and her talents. Sadie's students are excited that they know a published author and now see the power of the written word and the doors it can open.

Teachers play powerful roles in children's lives. Their influence transcends academics and affects students' lives well into adulthood. Sharing your personal experiences in the classroom can inspire and encourage students to overcome obstacles, transform, and strive to reach their goals.