School Suspensions: How Effective Are They? 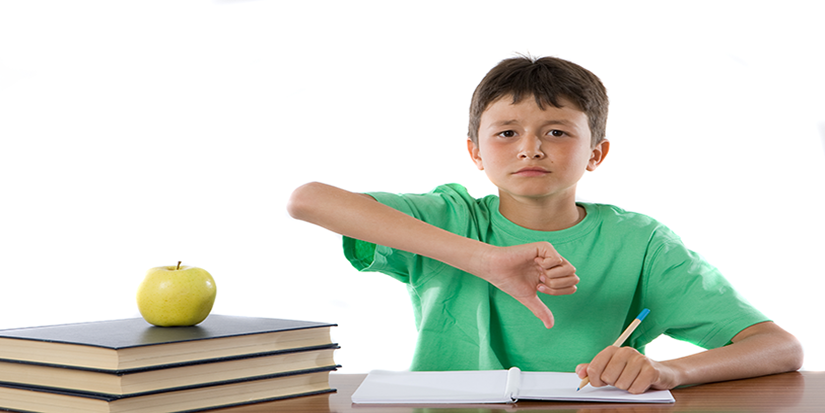 School suspensions may be an unnecessary detour in a student's career.

School suspensions for disruptive students are fairly common. In fact, suspension has been one of the most frequently used disciplinary tools since the 1960s. The latest data from the National Center for Education Statistics show millions of K-12 students have been suspended yearly and thousands expelled.

Despite the widespread use of suspensions, however, a growing body of research shows that not only is removing students from classes not effective, but down the road, it can cause bigger problems for students, schools and the community.

Further Reading: 8 Classroom Management Mistakes Teachers Make at the Beginning of the Year

So why are kids suspended, and what other options, if any, do schools have to change a student's behavior?

Reasons for suspensions vary greatly by school district. Fighting, drug possession, and disrespecting or challenging teachers can lead to a suspension in many schools. In other schools, failure to comply with school rules regarding clothing or hairstyle can have a similar result, according to the National Education Association (NEA).

It's not just secondary students who receive suspensions. According to TV station KSLA, the Louisiana Department of Education recently announced that 1,260 students in preschool, pre-K, and kindergarten were suspended during the 2018–2019 school year.

What About Special Education Students?

Students enrolled in special education programs can be suspended, but the Individuals with Disabilities Education Act requires schools to follow specific steps when it comes to discipline. One important requirement is to hold a manifestation hearing to determine whether the child's misbehavior is a direct result of their disability. If so, the child may not be suspended but may be assigned another placement if parents and teachers agree to change the student's Individual Education Plan (IEP).

Despite these requirements, according to the NEA, high school students with disabilities are at the highest risk for suspension nationwide. This statistic should be a major cause for concern for districts and lawmakers, notes the NEA.

What Are the Results of Suspension?

Research by sociologist Thomas Mowen suggests suspensions weaken a student's connection to school and strengthen the likelihood of their committing theft, assault, or other crimes in the future. On the school-to-prison pipeline, school suspensions may be a key shut-off valve, according to Mowen. He argues students who are suspended are at an increased risk of experiencing an arrest across time relative to students who are not suspended; furthermore, with each subsequent year that the student is suspended, there is a significant increase in the odds of arrest.

In another study, education professor Andrew Bacher-Hicks looked at the student results of schools with strict discipline programs that include suspension. He found negative effects for all students. "Schools that suspend more students see a host of negative outcomes later in life," Bacher-Hicks says. Negative outcomes include lower educational achievement, lower graduation rates, lower college enrollment rates, and higher involvement in the juvenile and adult criminal justice systems. "The harmful effects of suspensions were greatest for Black males," Bacher-Hicks adds.

In some schools, the suspension room is simply a place where kids go to sit or work on assignments. The proctor may be a teacher or a teacher's aide. But it's counterproductive for kids to "sit in a room with someone who's just there to babysit and they're not getting any support," says Daniel Losen, director of the Center for Civil Rights Remedies at UCLA. "That could just trigger further problems. The goal should be to get to the root of the problem and get kids back in class as soon as possible."

Some schools have had success with in-school suspension programs, notes EdSource, adding that successful programs tend to include counseling, academic help, and the opportunity for students to consider steps toward better behavior.

Some schools have adopted restorative justice, a program that focuses on building healthy relationships and repairing damaged ones. It also helps students develop social and emotional skills. According to the NEA, common approaches to restorative justice include:

One strong supporter of restorative justice is New Jersey middle school math teacher Brenda Brathwaite, who believes it helps get to the root cause of student behavior. In addition, Brathwaite argues, kids grow socially and emotionally and learn how to navigate situations without resorting to violence.

How Do We Improve Student Outcomes?

According to Education Week, over 20 states and the District of Columbia currently have laws limiting the use of out-of-school suspensions, particularly as they relate to students of color. To identify root causes of disruptive behavior, schools are also examining whether academic opportunities like Advanced Placement courses are available to all students, including students of color. And another recent study shows when Black and Latino students have the opportunity to work with Black and Latino teachers, disruptive incidents diminish.

Further Reading: How to Handle Plagiarism and Cheating in the Classroom

It's easy to understand why so many teachers and administrators support removing seriously disruptive students from the classroom. But what happens to them after they're removed can determine whether a student successfully returns to the classroom or disconnects from school completely and chooses another path, sometimes with grave consequences.