Should Failing Students Be Held Back a Grade? 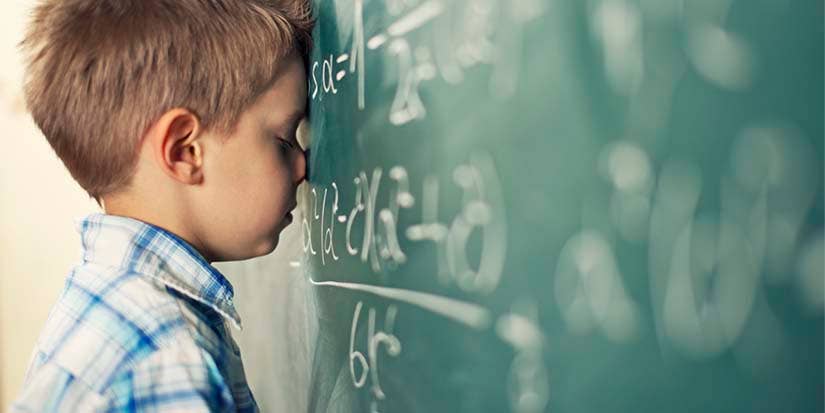 Holding a student back may create significantly more issues than solutions.

Even though research says that student retention is ineffective and could even be harmful, some schools still believe that making children repeat grades is a good idea. In fact, several states have passed laws that prohibit third graders who don't read proficiently from being promoted to fourth grade, the National Conference of State Legislatures reports.

What does the research about student retention actually say, and why are people still convinced that it's a good option?

How Does Retention Affect Kids?

Research from the past 30 years indicates that holding students back doesn't improve their academic performance. In fact, according to a recent study published in the Journal of Research on Educational Effectiveness, students who were held back in the first or the second grade performed worse on reading achievement tests in middle school than students who weren't retained.

Further Reading: How Teachers Can Keep Kids from Failing a Class

Perhaps even more concerning, holding a student back tends to affect a child's social and emotional development. In Healthy Children, Laura McGuinn, a professor of pediatrics, notes that kids think repeating a grade is stressful, especially if they're one of the older or bigger kids in the class. Retention also significantly raises the likelihood that a student drops out in high school, which, according to the Bureau of Labor Statistics, significantly hinders employment and income prospects.

Matthew Lynch, writing in The Edvocate, noted that studies have demonstrated that students overwhelmingly believe that retention increases students' stress and sours them on school. Given the research, Lynch asks: "Why are educators, parents, and the American public complicit in a practice that does demonstrable harm to children and the competitive future of the country?"

Who Gets Held Back, and Why?

Most retentions occur in elementary school. In 2016, 4.3 percent of students in the first through the third grade repeated their grade, according to Child Trends.

But retention gaps exist along racial and social lines, and the National Center for Education Statistics has identified several of these markers as indicators that suggest the likelihood of student retention, Child Trends reported. In 2016, for example, 8 percent of kids in households at or below the federal poverty level were retained, compared with only 3 percent of kids in households above the poverty line, according to Child Trends. Likewise, 7 percent of Hispanic children in primary school were retained in 2016, compared to 2 percent of white children.

At the end of 2019, 16 states and Washington, DC, required students who did not meet reading proficiency standards by the end of the third grade to be retained. State legislatures often insist that retention laws are based on the premise that students learn to read by the third grade but read to learn in the fourth grade and beyond.

According to the Annie E. Casey Foundation, students reading below grade level at the end of the third grade are four times more likely not to finish high school. That's an alarming factoid, but it doesn't mean that retention is the best or the only way to improve students' reading skills.

State legislatures insist that retention laws are intended to be preventive, not punitive—though students might not perceive them that way. Most states provide exemptions for special education students, students with limited English proficiency, or students who've already been held back. Teachers, parents, and administrators may also make recommendations to the state regarding not retaining a child.

What Are the Alternatives?

In my experience, kids who repeat a grade are often taught the same material in the same way, and they're sometimes taught by the same teacher. It seems unlikely that a process that was unsuccessful the first time would have better results the second time.

Few would argue that students who don't attain a certain level of reading proficiency should be moved along to the next grade and left to fend for themselves. Social promotion by itself doesn't improve reading skills. But enhanced reading instruction does. Supplemental strategies include tutoring, pull-out programs, push-in programs, small reading groups, peer reading practice, and proven programs such as Reading Recovery, just to name a few.

In addition, many schools have child study teams to help with suggestions for broadening the range of reading materials and teaching strategies to generate more student interest. Teachers could also refer a child for testing for learning disabilities, if the student's parents are supportive of the idea.

Many teachers have also found that the increased availability of reading software has transformed instruction for struggling learners and students with disabilities, according to the Northwest Evaluation Association. Students can work independently with programs that target reading support—and are often quite fun.

The key to helping kids who struggle with reading is early intervention, and there are many supplemental reading tools that teachers can turn to to help students succeed. Teachers need to know what the current research says about student retention when they talk to parents. And if they're in a state that has enacted retention legislation, they'll want to know what options are available to their students.

Further Reading: What It Means When a Student Fails

I asked a school psychologist friend what she says when a teacher or parent asks about retaining a student.

"I have a poster on my door that says, 'If a child can't learn the way we teach, maybe we should teach the way they learn,'" she continued. "Retention was what we did years ago when we didn't have all the options we have now."