What Makes a Teacher Memorable? 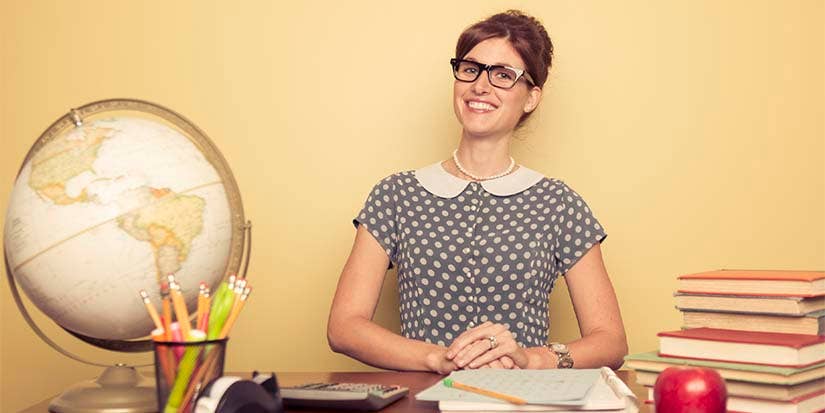 Do you remember a teacher who made a difference in your life?

You may not remember all the teachers you've had, but I bet there were a few who made a lasting impression. They may even influence your own teaching today. So what makes a teacher memorable?

Here are a few memorable educators who influenced me as a person and a teacher.

Ms. B was my speech teacher in high school, and she directed the school plays. I never saw myself as much of a performer, but Ms. B stopped me after class one day and said, "I hope to see you at play tryouts today." Before this, I had no intention of trying out, but her asking me specifically to do it made me reconsider. So I gathered up my courage and went.

That year I got a small part in the play and I loved it. When I wasn't rehearsing, I was helping backstage with props, scenery, and wardrobe. I stayed with theater for the rest of my high school days and even continued in college. In fact, as a teacher, I had a lead role in the faculty production of The Pirates of Penzance. I had found my tribe thanks to Ms. B.

A Passion for History

Mr. J was passionate about history and knew how to tell a story. To him, history wasn't a list of dates, wars, and generals. History was a story of people—what they believed, how they lived, and what influenced their ideas. Every class was a chapter of that story, and we couldn't wait to hear what happened next.

The Civil War was his best story because it had a cast of interesting, diverse characters who were faced with challenges and had to make serious decisions for the good of the country. By the end of the year, even kids who previously had no interest in history knew the story of the Civil War and its aftermath.

In retrospect, I'd have to say that Mr. J was probably more interested in his subject than he was in his students, but he made history come alive for us. That was the kind of passion I hoped to bring to my own teaching.

The Cat in the Box

Ten years later, I was a first-year high school English teacher starting a unit on parts of speech. Suddenly, I found myself drawing two boxes on the board. I only had to do it once.

Jerome had been in all my classes since kindergarten. He was loud and disruptive, and it was even clear to us kids that most teachers didn't like him.

Mrs. C was a new fifth-grade teacher. In our other classes, our teachers would yell at Jerome or send him out into the hall when he started acting up. So the first time Jerome told Mrs. C he wasn't going to take a math test, we all watched for the usual fireworks to start. But Mrs. C went over to Jerome, knelt down by his desk, and spoke to him so softly that only he could hear what she said. Whatever it was, Jerome put his head down and stopped talking. He didn't take the test, but he was quiet.

The next time Jerome erupted, Mrs. C did the same thing. She didn't get mad and she didn't yell; she just knelt down and spoke softly. Eventually the outbursts stopped. I didn't understand at the time what was happening, but I remembered Mrs. C when I became a teacher myself and was faced with a challenging student. I now understand that her actions were about saving a student's dignity. This worked for Mrs. C and it worked for me.

When I asked current students, it was clear that what makes a teacher memorable hasn't changed much over the years. "I love my French teacher," a ninth-grader told me recently. "She's funny and she gets that we have a lot of other courses besides French, but she makes you want to do your French first."

A sixth-grader who found his first year of middle school a little challenging said, "I was really lucky because my homeroom teacher is so patient. If you can't get your locker open he doesn't get mad. He comes out in the hall and helps you."

And then there's this from a kindergartner: "My teacher likes us and she's really happy to be here."

Being kind, being interested, being passionate about your subject, and just caring about your students are qualities that students still think make a teacher memorable. And if you're a little quirky, that's OK too.