Join us for this webinar series highlighting current issues in health professions as well as current issues in health. Can't make it in real time? Sign up anyway! After each seminar is complete, we will send out the presentations to all registrants. Recordings and resource materials from each session will be available on this page after the event.

Sessions will be held monthly, throughout 2021, with each session offered at 10 AM MT. Complete a brief form to register for all sessions. 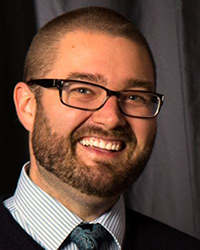 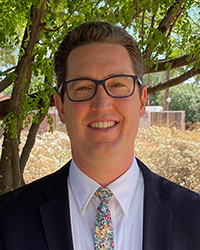 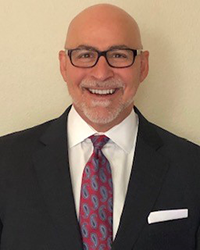 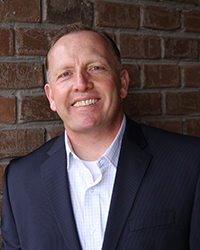 Jason Madrano, DNP, RN is the Program Chair for the MSN Leadership and Management Program.  He earned his DNP from the University of Washington, and was a post-doctoral fellow of the Afya Bora Consortium for Global Health Leadership.  Jason worked in the USA, Botswana, Kenya, Uganda, and Vietnam on mobile health and electronic health projects, and consulted for local, national, and international health organizations. Prior to WGU, he was the nursing director for a multisite ambulatory care organization. Jason lives in Spokane, Washington, with his wife and two sons. In his spare time, he’s an avid outdoorsman, polymath thinker & tinkerer, and aspiring omniglot.

Dr. Waller has led strictly online operations at the college level for over 15 years. Currently, he is the Director of Clinical Learning and Placement Support for the College of Health Professions at Western Governors University. Previously he was the Chair of the Commission for the Accrediting Commission of Career Schools and Colleges and Campus Director of Vista College Online. Prior to that he was the Vice President/Director for Independence University and before that he was the Regional Department Head/Executive Director of the Wasatch Front/Southwest Regions for Utah State University. He also worked as the Director of Enrollment for the University of Phoenix – Utah Campus. Dr. Waller has been involved with all phases of new business development, including consulting, managing, financing, and assisting in obtaining capital for high technology, biotechnology companies. He served as President of TouchFon Int’l, at the time, the nation’s largest 1-800 voice mail service bureau and was Chief Executive Officer of United States Land & Cattle Company, an investment company with interests in high-tech companies such as Cardiopulmonics, the first corporation to develop the artificial lung. His education includes two Bachelor of Science degrees with honors from Utah State University, a Master of Business Administration degree from the University of Phoenix, and a Ph.D. in Education (C&I with emphasis in teaching and higher education) from Utah State University. In addition, he is a graduate of the New York Institute of Finance. He has held securities, insurance, and real estate licenses from the State of Utah. For fun he enjoys enjoy fly-fishing and mountain biking. He and his wife have four children and eight grandchildren.

Scott Jones has a tremendous passion for education and has over 25 years of experience within higher education. In the Fall of 2017, Scott joined WGU as the Enrollment Director for the College of Health Professions. In July of 2018, Scott moved into the Administrative Director position over faculty operations within the Graduate Nursing Programs. In September of 2019, Scott was promoted to Vice President of Academic Operations for the College. Previously to WGU, Scott worked for the University of Phoenix in various senior positions in enrollment, student services, and compliance. He also loves to teach and has been a faculty member teaching classroom and online business courses for over 15 years. Scott has an MBA from University of Phoenix and a Bachelor’s in Sales and Marketing from Weber State University. Outside of work, Scott loves spending time with his wife, Shannon and his four children. He also loves the outdoors and enjoys time skiing, golfing, biking, hiking, and camping.

To register for these sessions, please complete the brief form below.

MBA Information Technology Management (from the College of Business)

Master of Health Leadership (from the College of Health Professions)

Data Analytics – M.S. (from the College of Information Technology)

Healthcare Management – B.S. Business Administration (from the College of Business)

MBA Healthcare Management (from the College of Business)