Welcome to the second annual Community Service Day, hosted by our WGU SHRM (Society for Human Resource Management) Virtual Student Chapter and held on Saturday, March 27, 2021! While our Community Service Day events look a little different this year due to the COVID-19 pandemic, we are excited to bring options for virtual participation to support five very special organizations selected by chapter faculty advisors with input from student chapter members, faculty, staff, and various WGU leadership. We also encourage you to seek out ways to volunteer locally, potentially in person or virtually, if you feel safe and comfortable doing so.

Please review the five projects below and information on how you can get involved virtually. Some projects are a call to donate, as the organizations depend on donations to fund their important work, while others are interactive or even part of a live event you can join on March 27th. We would love to see how you get involved with these or other projects on Community Service Day 2021, so share a picture or video clip of your participation by emailing wgushrm@wgu.edu before April 5, 2021.

We hope to return to in-person projects for this annual event by next year, but in the meantime, let’s show our support to these organizations and leverage the collective impact of our different locations to make a difference! For projects that are fundraiser based, you can donate anytime now through March 27th, 2021, as part of this event.

Thank you for helping us make this virtual Community Service Day a success!

Organization Overview: "Warrior Rising is a family of supporters helping veteran entrepreneurs, which we call vetrepreneurs, to start or accelerate their businesses. Founded in Utah in 2015 by former military veterans and strong supporters of the military, we seek to make a difference for those veterans who want to continue to serve, lead, profit from their own achievement, and be their own boss.

"Since inception, the organization has grown from a regional organization to a national one, helping veterans from every state in the union, being their business battle buddy, and fostering a sense of belonging as members of the Warrior Rising tribe."

How to Get Involved for Community Service Day: On Saturday, March 27, 2021, at 1 pm, EST, you can join a live event with representatives from Warrior Rising as they host a panel discussion on the background of Warrior Rising, the work they are doing, and important topics for success in business gleaned from the military such as resilience.

Be sure to put WGU in the comments box with your donation!

Jason B. A. Van Camp

Jason B. A. Van Camp is what Malcolm Gladwell would refer to as an Outlier; an exceptional person who is successful not just because of his personal accomplishments but because of his will to win and the unique ability and willingness to unlock the potential of others. A decorated Green Beret, world traveler, entrepreneur, Wall Street Journal, Amazon and USA Today Best-selling author, but first and foremost a loyal friend, Jason has mastered the art of storytelling that reflects many of his own life adventures.

Jason was born in Washington D.C. and raised across the Potomac River in Springfield, Virginia. In 1995, he was accepted to the United States Military Academy at West Point. While at West Point, Jason played linebacker for the Army Black Knights football team, served a two-year LDS-Mormon mission to Russia, and upon graduation won the prestigious General Loeffke Award for Excellence in Foreign Languages.

After graduating from West Point, Jason volunteered to attend U.S. Army Ranger School in Fort Benning, GA where he earned his Ranger tab in 2002.  In 2006, Jason won the coveted Green Beret and began serving as a Detachment Commander with 10th Special Forces Group in Fort Carson, Colorado. During his U.S. Army career, Jason earned several awards, including the Bronze Star with V device for Valor, as well as two additional Bronze Stars during numerous combat rotations as a Special Forces Detachment Commander in the Middle East and Africa. In 2013, Jason earned his MBA from Brigham Young University and it was there that he developed a passion for entrepreneurship.

Jason is honored to be the Founder and Executive Director of Warrior Rising, which he started in 2015 to empower U.S. veterans and their immediate families by providing them opportunities to create sustainable businesses, perpetuate the hiring of fellow U.S. military veterans, and earn their future.  Warrior Rising is a 501(c)(3) nonprofit dedicated to helping veterans achieve success in business through instruction, mentoring, funding access, and maintaining the veteran community.  To date, Warrior Rising has had more than 2,500 veterans apply to its program.

He strongly believes in servant leadership, the art of determination, and the power of storytelling.

Most recently, Jason was recognized by the IAOTP International Association of Top Professionals as the Top Military Entrepreneur of the Year for 2020.

Jason is married to his wife Elizabeth, and they have two children.  Jason enjoys traveling, the history of the Roman Empire, supporting DC professional sports teams, and helping veterans find their purpose again through Warrior Rising.

Ken Vennera has been with Warrior Rising since 2018, serving as a Board Member, Programming Director and now Chief of Staff. Previously, he worked several years with the Wharton Small Business Development Center, consulted for Anderson Consulting (now Accenture) and PricewaterhouseCoopers and has counseled numerous start-ups over the last 25 years, as well as serving as Compliance Officer for a 40-person pharmaceutical compounder and as general counsel to two small cap publicly-traded (SEC-registered) companies.

Ken also serves as Chief of Staff for Mission Six Zero, a leadership development and team building company founded in 2011 by former Special Operations Forces officers.  Previously, he revived, managed and grew a local Philadelphia Italian-American chamber of commerce into a viable business network in the region. He was also primarily responsible for the revival and growth of the former Pennsylvania/Delaware/New Jersey Chapter, and now Field Office of Operation Homefront, which provides service members and their families with emergency financial assistance along with budgeting and other counseling. He was also responsible for organizing morale events and doing donor fundraising. Ken was a former volunteer for the Marines for Life program and has been a mentor with American Corporate Partners and a site certification reviewer for the National Veteran Owned Business Association. He is also a SCORE mentor and has volunteered as a board member for several military related nonprofits, including Vets2Industry Foundation and, particularly, served as Programming Chairman and Board member for Warrior Rising where he continues to volunteer his time in various capacities. 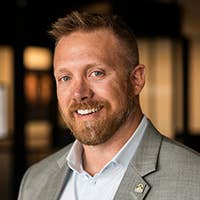 Jason B. A. Van Camp 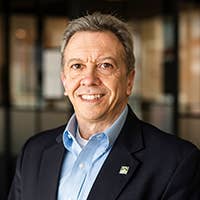 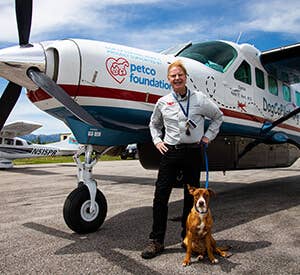 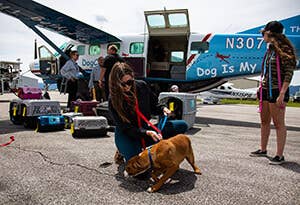 Organization Overview: "Dog Is My CoPilot is a 501(c)3 that transports at-risk animals from overcrowded shelters to adoption centers in other geographic regions where loving families are waiting. Peter E. Rork, M.D., an orthopedic surgeon and lifelong pilot, co-founded the organization in 2012 with the goal of saving as many animal lives as possible. DIMC works collaboratively with city shelters, local animal welfare organizations and individuals in 15 Western states to coordinate transports. It provides air services at no cost to the shelters and adoption centers with whom the organization partners.  Since its inception, DIMC has helped save the lives of over 16,000 dogs and cats with its transport flights."

How to Get Involved for Community Service Day: Dog Is My CoPilot runs off of donations, and we are hoping to raise funds for them during virtual Community Service Day 2021! Any amount is helpful, and they’ve set up a link just for WGU donations! You can share the donation link and the mission of DIMC with your own network of family, friends, colleagues, etc., if you want to do so, in addition to any donation you may feel comfortable making as well. In Dr. Rork’s thank you video to WGU he challenges us to raise enough for him to put our name on one of the transport planes. What do you think—can we rise to the challenge?

About Dog Is My CoPilot

Organization Overview: Read Across America is part of the National Education Association, which promotes literacy year-round to help motivate children to read and brings the joy of reading to students of all ages to make children feel valued and welcome.

How to Get Involved for Community Service Day: This year we are mindful of the pandemic and its challenges, so we will be focused on virtual opportunities to volunteer our time. We are focused on Book Talks and Read Aloud—which are ways to get kids involved with reading.

Please visit Read Across America for details on how you can spend your Community Service Day on March 27, 2021.

Volunteer for Read Across America

Many publishers have extended permissions for read aloud and recordings of their titles, but you should always check for any copyright restrictions. Disclaimer: You are responsible for verifying the permissions for the book you choose if you participate in this project. WGU cannot verify permissions on your behalf and cannot assist with technology support for the submission you may choose to independently make as part of Community Service Day.

Disclaimer: WGU is not affiliated with or endorsed by Read Across America. 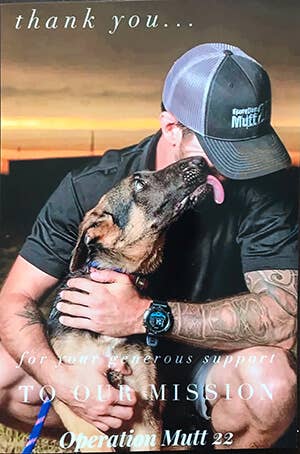 Organization Overview: Justin Rie served as a United States Marine from 2009 to 2014. Using his extensive K9 Training background, he founded Operation Mutt 22 in 2018 after witnessing the effect that dogs have on veterans suffering from PTS and other disabilities. His dog training background started as a young boy, as he grew up around hunting and retrieval dogs. With his K9 training and obedience experience, he has developed a fantastic program for veterans and dogs.

Justin partnered with Jacob Robinson to build the organization together as a team. They took something that was just an idea and made it a reality. While in the United States Marine Corps, Jacob served as a multi-purpose K9 handler/trainer for MARSOC. He brings a extensive background in K9 training and handling. Jacob has placed hundreds of working K9s and handlers across the nation. Having more than 15 years of experience makes him a tremendous asset to the success of the program. Check out the Operation Mutt 22 website for more information on the work that they are doing to support our veterans, specifically focusing in areas noted such as PTS Interruption, Night Terror Interruption, Seizure Response, Mobility and Stability Assistance, Medicine Bottle Retrieval, and Companionship.

How to Get Involved for Community Service Day: We are hoping to raise funds to support the mission of Operation Mutt 22, as they rely on donations to obtain and place well-trained service dogs with veterans in need, at no cost to the veteran as they are a 501(c)3 nonprofit organization. You can donate through their PayPal link below!

Warning: This video contains footage of a service dog in training. This material may be sensitive or upsetting to some viewers.

Organization Overviews: Food insecurity and hunger are potentially impacting more than 50 million Americans, according to feedingamerica.org. Particularly in light of the COVID-19 pandemic, more and more Americans are wondering where their next meal may come from. Local and national food bank programs help serve individuals and families in need and rely on donations and support from their communities across the country to continue to help those in need. While these particular locations were selected by the project sponsors, you can also look up your local food bank and donate to their mission as well!

How to Get Involved for Community Service Day: Specific fundraiser links for our WGU SHRM Virtual Student Chapter–hosted Community Service Day are linked from the buttons below. You can donate directly through the links to help us meet our fundraising goals. You can also donate directly to a local food bank or locate a link for online donations for other food banks at the Feeding America website. For more information about our project sponsors, check out their websites: 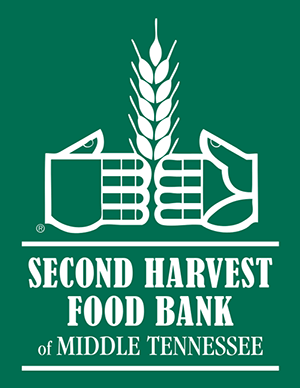