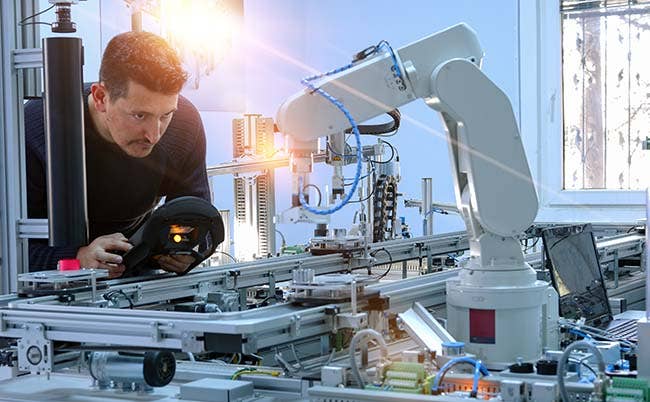 The IT field is notorious for its eclectic job titles. Scroll through LinkedIn, and you'll find plenty of ninjas, rock stars, gurus, and overlords. Most of the time, those titles are just a way to make information technology careers sound more interesting. Your average guru might just be a consultant. And overlords are most often managers.

But that doesn't mean that IT job titles are just window dressing. The tech industry is enormous, and because it covers so much ground, there are a lot of interesting jobs. Here are some specialized—and cool—tech jobs you might not have heard of.

Have IT skills but always wanted to be a detective? Good news: You can use an IT degree as a springboard into a career as a forensic computer analyst.

To become a forensic computer analyst, you'll need a bachelor's degree in forensic computing or information security. You must also understand how to handle evidence and keep careful logs of your work, as it's often cited as evidence in court cases.

According to Payscale, forensic computer analysts make about $73,000 a year, on average.

Imagine getting paid to hack into a company's networks—by that company. That's what penetration testers do. Penetration testers—also called pen testers—are the good kind of hackers. They hack organizations' security controls to uncover the holes where cybercriminals can get in and assess the damage they can do.

It's not all fun and hacking, though. Pen testers are usually part of a larger cybersecurity team, and they're expected to carefully document their tests and hacks so that the organization knows exactly how they attempted to breach the network and which attacks worked.

Penetration testers make about $84,000 on average, Payscale says. You'll most likely be expected to have a bachelor's degree in cybersecurity or information technology, but if you have a lot of relevant experience, you might be able to land a job without a degree.

If you're interested in working with and training robots, the rapidly developing field of artificial intelligence might be right for you. It's an exciting space to work in right now, as the jobs are growing and changing with the technology.

AI trainers, also called algorithm trainers depending on the job listing, teach artificial intelligence constructs how to make decisions based on several sets of test data. This can be a complicated, time-consuming, and often difficult job, because AI trainers primarily work with data, Towards Data Science says. The trainer has to build datasets out of quality, well-labeled, unbiased data. If the AI doesn't start connecting the right dots, one of the datasets may become faulty, causing the process to start from the beginning.

AI trainers typically need a bachelor's degree and some familiarity with data science. They might also need strong writing skills, especially if they're training chatbots to have natural conversations. Glassdoor estimates the average AI trainer's salary at more than $44,000 a year.

Automation architects are more concerned with specific business processes than particular technologies or platforms. Take, for example, paying an invoice—a company might have an unwieldy paper or electronic process that holds up invoices. To fix these kinds of logjams, automation architects talk to stakeholders and work with leadership and company IT teams to design efficient automated processes that work for everyone.

To become an automation architect, you'll need a bachelor's degree, some IT experience, and enough business savvy to communicate effectively with employees organization-wide. Payscale estimates that the average automation architect could make about $101,000 a year.

IT runs on algorithms. Algorithm developers and engineers are mathematicians and computer scientists who research, write, and test the algorithms that power most of the apps we use every day.

Algorithm developers identify a goal and then research, test, and tweak their algorithms along the way toward that goal. Understanding programming languages, such as Python, C, and C++, help them realize those goals.

Algorithm developers make about $72,323 annually, according to Glassdoor. It helps to have a degree in IT or computer science, but employers might be more interested in an engineer's programming chops and certifications.

Two years ago, Cognizant released a white paper forecasting the tech jobs of the future. Included in Cognizant's list: data detective, IT facilitator, and AI business development manager—three jobs that don't exist now but certainly could in the near future.

Information technology careers aren't only here to stay, they're growing at an exceptional rate. New niches are continually opening up, and new positions are being created to serve them. If you have IT skills and haven't yet found the job of your dreams, keep looking. If it's not out there yet, it might be soon.

Discover how artificial intelligence is used in healthcare and how it benefits professionals and patients alike.

A Degree in Cybersecurity—a Comprehensive Guide

This comprehensive guide will help answer all your questions about pursuing a degree and career in cybersecurity.

Aligning your skill set with these roles will push you ahead of the competition on a richly rewarding tech-career.